When I was 20 years old, I was on my way to earning my degree in criminal justice when I learned I was pregnant. In order to afford decent child care, I needed a steady income so I decided to become a certified nursing assistant.

Ten years later, I have three kids who I adore. I’m still a nursing assistant. I still make less than $11 per hour. And I struggle every week to balance the light bill, gas bill, and paying for food.

Recently, my son and I went to Target. Like most parents, I should have known better than to walk by the toy aisle with a young boy. His eyes grew wide and he asked me to buy him an action figure. I told him I left my wallet in the car—I didn’t want to admit to him I couldn’t afford it.

Later when I went to work, I found there weren’t enough gowns for the residents. 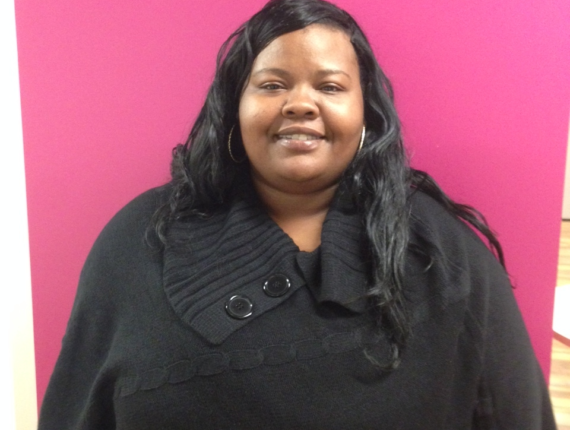 Nationally, 1.4 million Americans live in nursing homes and depend on us to eat, to have a bath, and to use the bathroom. And there’s a good chance someone in your life will need nursing home or home care—especially since 10,000 baby boomers turn 65 every day. We need long term care jobs that reward the hard, dedicated work we provide to seniors and people living with disabilities, and we can’t afford to wait.

Some politicians say raising the minimum wage will hurt business. Some even had the nerve, on the SAME DAY that tens of thousands of working Americans were calling for a $15 minimum wage to say we make too much now. Can you believe that?

No matter where we stood and chanted Nov. 10—whether it was in the streets, outside McDonald’s, at city halls, or in front of a nursing home—we all wanted one thing: to get ahead and not just by. We’re now less than a year out from Election Day. It’s time we all join together and stand up to make sure we all have a fair shot at a better future, not just the wealthy.

I’m ready to get to work for those willing to work for us—and win $15 and union rights for all.